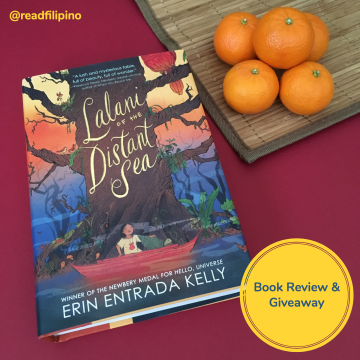 Lalani is an average girl living in a sea-side village, currently experiencing a long drought. The villagers feel cursed by the mysterious mountain, Mount Kahna. So for generations, the village’s strongest men have sailed in search of prosperity on the northern mountain, Mount Isa. Year after year, ships are wrecked and no sailors return, yet the villagers continue their futile tradition. Lalani’s own father was lost to the sea and she now lives with her cruel step-father and step-brother. When her mother becomes terminally ill, Lalani struggles to find hope. One day an accident leads Lalani up to Mount Kahna and a series of events are set in motion. Will Lalani have enough hope to survive the journey and return with a cure for her mother?

The book is based on Filipino folklore, so the characters, the location, and the language are fictional. Readers that are familiar with mythical creatures of the Philippines will notice the inspiration for creatures such as Ditasa-Ulod (a mermaid-like creature) and nunso (a dwarf-like creature). There are word plays on geography as well like Mount Isa, “isa” means “one” in several languages of the Philippines.

Lalani encounters many mythical creatures on her journey. Readers will get to hear both Lalani’s perspective and the creature’s perspective written in separate vignettes. Adults will appreciate the lyrical writing style.

Surprisingly, my favorite character was not the lead, but a supporting character. Hetsbi Yuzi is the younger brother of Veyda Yuzi, Lalani’s best friend. He starts out as a timid boy, constantly teased by the other boys for not being manly enough. His inner thoughts will resonate with readers who have experienced bullying. His story arc is inspiring and I choked up at his moment of glory.

I also enjoyed the descriptions of the animals in and around the village. There are enough clues to compare to a real-world animal, but enough detail to make you think twice about what it really looks like. This would be a great creative exercise to draw your own interpretation of these animals.

This book is categorized as middle grade fiction. I personally would recommend it for ages 9 to adult. The writing is easy enough for a 9-year-old to read but the plot is also just as engaging for teens and adults. Lalani has some fight scenes with mythical creatures that describe blood and injuries. Some of the descriptions of creatures are also scary. If your child is ok with the Harry Potter series, they will be fine with this book, but if they are prone to nightmares, read with caution.

The art on the cover has a gorgeous orange-red color scheme, with gold embossing for the title. The pages are rough-cut so it adds to the overall feel of an epic adventure story set in a fantasy land. Lian Cho has a few black and white illustrations sprinkled throughout the book, which are beautiful on their own.

I also listened to the audiobook and narrator Lulu Lam does a fantastic job with storytelling!

The plot moves quickly and the characters make you feel so much emotion. It’s definitely a hard book to put down, but also one that can be read again to soak in all the details.

As a Filipino American, I can’t stop talking about this book. It means so much to have a novel with a Filipino heroine! #RepresentationMatters #OwnVoices

Find out more about author Erin Entrada Kelly in my next post! In the meantime, enter to win a copy of Lalani below. 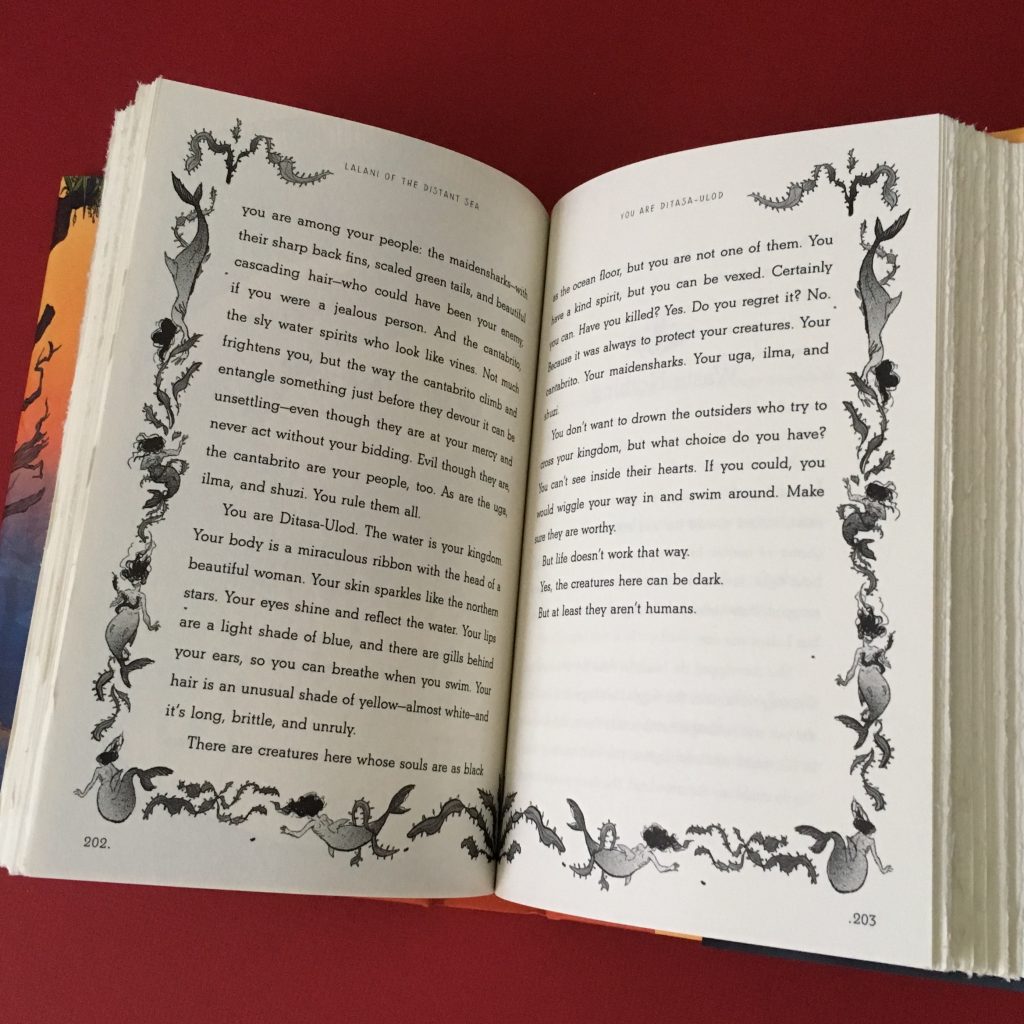 *This giveaway is in no way sponsored, endorsed, or administered by, or associated with Facebook, Instagram, Greenwillow, or Erin Entrada Kelly.

1 thought on “Lalani of the Distant Sea Book Review + Giveaway”